Rwenzori trekking options that are cheap and flexible

Rwenzori mountains national park, has started  offering cheap and flexible trekking options alongside the 8-10 days traditional treks. Mahoma trail loop is the most popular of this short treks that can be done in three days two nights. This and many other treks have enabled mountain lovers with less budget or time to be able to scale the lower slopes of Rwenzori mountains, unlike in the past when everyone needed a minimum of 7 days to trek the central circuit trail.

Rwenzori mountain is an exclusively challenging and hard to penetrate landscape. The rugged mountains with high altitude bogs and probably the most luxuriant vegetation makes the treks to this mountain even more challenging and time consuming as well as most interesting of all the mountains in east Africa.  As a result, the main cost during the Rwenzori trekking is ferrying the supplies that trekkers have to carry along the journey. These include foods, energy, guest personal items and safety equipment. The high amount of luggage requires a good number of porters, guides and rangers to go along, hence attracting more costs. For many years, the prohibitive costs have prevented many mountain lovers from trekking this astonishing mountain range.

Rwenzori mountains is the rooftop of Uganda and Congo. This mountains’ highest is 5109 meters above sea level at margherita peak on Mount Stanley. The mountain holds a rich high-altitude habitat and is home to 217 bird species, elephants, antelopes, leopards, hyrax, squirrels’ primates and other small mammals. The treks take climbers through over 994 plant species that have been record so far. Of the 217, up to a total of 17 bird species are endemic to the Rwenzori mountains.

The formally historical seven to ten days long treks on this mountain has been open for decades. These treks take experienced climbers to margarita peak on Mount Stanley that is bisected by the boarder of Uganda and Congo. Of recent, the two main trails (the seven days central circuit and eight days Margarita peak) have been supplemented by short treks that can be done in less days, ranging from one to five depending in the interest of the trekkers.

Is it the budget, time or fitness that blocks you from taking part in this world class Rwenzori trek? Allot has been done to answer all these concerns of climbers. Three more gates have been opened in addition to the original central circuit gate. These include Kichwamba gate, Kinyampanika gate and Kilembe gate. All the four gates of Rwenzori mountains national park have developed options of cheap treks that take from one to five days. These include; Bukurungu trail, the Kinyampanika chimp trail, 1- 5 days kilembe short trails, five days Weismann peak trek, five days Bukurungu trail, 1-5 days central circuit short trails, one day lake mahoma trail and the most popular three days / two nights Mahoma trail loop in the central circuit gate.

It is not only the short trails introduced on Rwenzori mountains that have made Rwenzori trekking easier for all mountain lovers. It is also the fact that Camping treks have been allowed on the Rwenzori’s for the first time. It is now possible to do wilderness camping in several camping grounds that have been opened along he central circuit and other short trails of Rwenzori mountains. This has both enhanced the flexibility and beauty of trekking on this unique mountain.

Rwenzori trekking is much more flexible as it is now offered by different ground providers handling the trekking services. The local community can now offer trekking trips to the high mountain and peaks inside the park, thanks to the park’s strategy of community inclusion in the mountain trekking management. With this effort, Ruboni community camp is able to take guests on different camping trips of all trails other than the Kilembe gate which is exclusively run by Rwenzori trekking services.

To trek Rwenzori mountains the charges, include payment for the guides, porters and supplies such as energy, food, camping gear and other personal items. These are charged alongside the park entrance fees that are charged at the park gate, per guest per day. Like other national parks, the charges are categorized in sects basing on the nationality of the guest. The three categories are east African resident, foreign resident and the foreign none resident. the rates of the time can be found on the tariff on Uganda wildlife authority website

Beside trekking the high mountains, the communities in the foothills are offering affordable trekking options that show case Rwenzori beauty in a mix of scenery, nature and culture of the mountains. These village treks can be done at very low prices without paying park entrance fees. On some of these treks one gets a chance to visit the buffer forests with waterfalls and small animals such as chameleons’ reptiles and primates or have a chance to view margarita peak if the day is clear. Even overnight village treks can be arranged where you spend a night on some of the community peaks overlooking the beautiful forests, valleys and mountains. 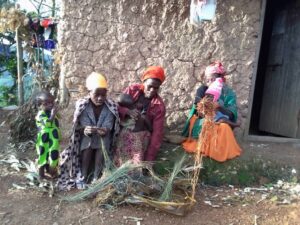 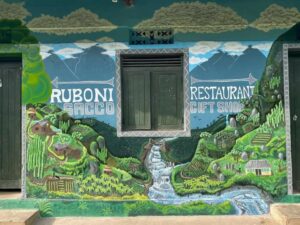 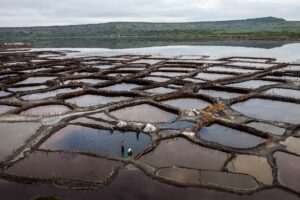